The failure occurred on a Wartsila engine type W18V46C installed in a Power Plant.
The damage affected 2 cylinder liners (A5 and B5) with the release of connecting rod pieces and piston crown out of the engine,  breakdown of the combustion doors, breakdown of the engine block on both sides and on oil sanp.

After careful analysis, the triggering cause was attributed to the phenomenon of Water Lock (accumulation of water inside the cylinder).

The severity of the damage on the engine block was immediately evident with consequent considerations about its replacement, which would have led to a significant increase in costs and long waiting times due to the difficulty of availability and the complete dismantling of the engine.

At this point it was decided to involve Metalock, a company that works with Spare Nav.i. & Services for a long time and  highly specialized in the repair of damages of this entity.

Having checked the non-deformation of the crankshaft, Metalock concluded that the engine block was repairable and guaranteed its job.

The restarting in operation lasted about 2 months, involving a total of 10 workers employed over 2 shifts.

The Metalock / Masterlock procedure used is a cold process that does not involve any thermal stress and which restores the integrity and resistance to stress of the component involved.

The method consists in removing the compromised parts and replacing them with new inserts with same dimension, made of the same material and connected with a patented cold stitching system.

Once removed  the damaged parts and replaced with new inserts, we proceeded with the internal machining of the housings of the jackets of cylinders A5 and B5 and the boring of the bearing seats of the camshafts as the housing was out of tolerance as a result of the damage 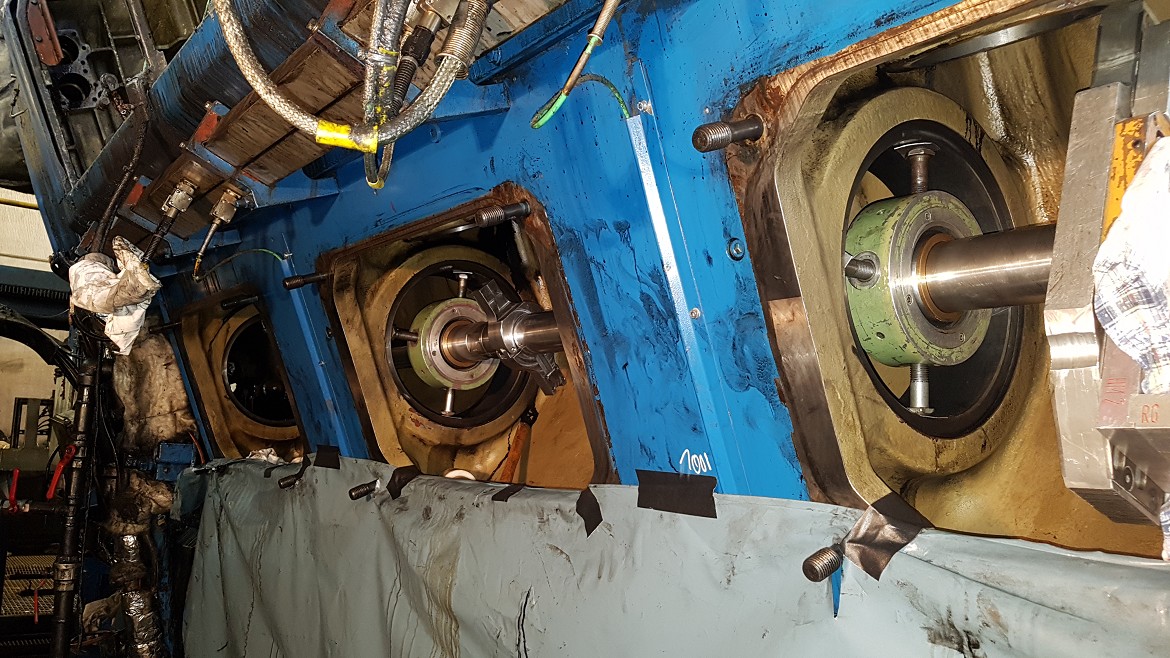 The main advantages of this technique are:
• Reduction of downtime.
• Restoration of the component involved without having to replace it with consequent reduction of costs.
• Repair carried out on site without the need to remove the damaged equipment from its working position.
• Procedure recognized by all classification register.